The International Diabetes Federation (IDF) estimates that 8.3% of adults – 382 million people – have diabetes, and the number of people with the disease is set to rise beyond 592 million in less than 25 years. Yet, with 175 million of cases currently undiagnosed, a vast amount of people with diabetes are progressing towards complications unawared. Moreover, with 80% of the total number affected living in low- and middle-income countries, where the epidemic is gathering pace at alarming rates, the IDF Diabetes Atlas’ latest figures provide a worrying indication of the future impact of diabetes as a major threat to global development. Diabetes in all its forms imposes unacceptably high human, social and economic costs on countries at all income level.

UF recognizes the international need to tackle, prevent and control the global burden of diabetes, and reduce the worldwide morbidity and mortality related to the disease. Meet three University of Florida faculty who are bringing their passion for diabetes research, education, and prevention to light in an effort to help individuals living with this disease in developing countries. This November, we raise awareness for all who are involved in something greater in helping to reduce the burden of this global disease. 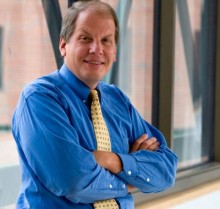 The Need for Insulin: A Global Reality

Living with diabetes, particularly type 1 diabetes, in developing economies often exposes the limitations of life-saving therapies and medications, such as testing blood glucose five to ten times per day, and injecting insulin anywhere from six to ten times daily. It may come as a surprise to learn that nearly 100 years after the discovery of insulin, obtaining this life-saving medication in many global regions remains to be seen. “From a global perspective, the most common cause of death for a child with type 1 diabetes is lack of access to insulin,” according to Mark Atkinson, Ph.D., eminent scholar for diabetes research at the University of Florida. Indeed, a large portion of the challenge is attributed to the cost of insulin, which can amount to upwards of 50% of a family’s annual income per individual in resource-poor settings. Thankfully, when aid arrives, lives are saved.

Beyond his T1D research expertise,  Dr. Atkinson serves on the International Advisory Board for Life for a Child, and recently assumed the role of president for Insulin for Life USA; both organizations are specifically dedicated to getting insulin to those globally where access to this life-saving drug is limited. In addition, Dr. Atkinson is known by many for spending large amounts of time with people who either have or who care for those with T1D — addressing their questions and sharing his passion and desire to see a cure for the disease. He has traveled to many countries worldwide, including Haiti. Atkinson says the key to meeting the needs of people with diabetes in developing countries is creating lasting partnerships that support local health organizations already on the ground. “That can mean the difference between life and death.”

In 2013, Shannon Lyles, BSN, RN, CDE, a pediatric diabetes nurse educator in the UF Health pediatric diabetes clinics, returned to Uganda on a mission trip to help individuals living with diabetes firsthand. “On my most recent mission trip to Kamonkoli, Uganda I was reminded of the importance of knowledge and supplies when it comes to managing diabetes.  Since I have had type 1 diabetes 18 years now and having worked here at UF Pediatric Endocrinology for 12 years, I often take for granted all the luxuries we are afforded here in the US for managing the disease.  From diabetes education, insulin pumps, continuous glucose monitors, endless brands of blood glucose (BG) meters and test strips, insulin pens, assorted insulin types, etc, there is nothing we cannot obtain.” Unfortunately, the same is not true in many less-developed countries, where high costs and lack of trained medical personnel and facilities preclude quality diabetes management.

Nearly 8,000 miles away, Shannon recounts her experiences firsthand: “Four of the patients did not have blood glucose monitors, and the fifth patient only had one because I had previously brought it last year and the test strips being used were expired.   Four of the five were on insulin and they were unable to recall the name of the insulin types being used.  They weren’t sure of doses they were supposed to take either.  They had been given minimal education and were hungry to have their questions answered in how to better manage their diabetes.” The prevalence of diabetes in sub-Saharan Africa was nearly 20 million in 2013. By current estimates, the region will experience the greatest rise in new cases of the disease—doubling over the next 20 years. Problems with wound healing on the lower extremities are frequently seen in patients with diabetes, including the feet. When damage occurs to nerves in the feet, they may be unable to send the proper signals to the peripheral nervous system, resulting in a condition known as neuropathy. Once a diabetic patient develops neuropathy, it is imperative that the feet are well taken care of to avoid possible amputation.

Diabetic foot complications, including infection, ulceration and amputation, pose tremendous individual, economic and social burdens to developing nations worldwide. Every 20 seconds, a limb is lost due to unmanaged diabetes.

Lennox Archibald, M.D., of the UF Department of Internal Medicine, is an expert in infectious disease. He is using his background in epidemiology in new ways to help alleviate the increasing burden of limb complications in sub-Saharan Africa. Dr. Archibald is involved in several diabetes foot care initiatives in the region that aim to bring practical and affordable solutions to both individuals and health workers.

In Tanzania, nearly 70% of all lower limb amputations are related to underlying diabetic foot disease. Lack of trained awareness concerning effective regimens for complicated diabetes foot problems is the largest circumstance tied to poor outcomes in the country. To this end, Dr. Archibald was part of an initiative to create a sustainable educational program to help better train healthcare professionals in the management of diabetic foot disease. Today, the program represents what may be considered the largest surveillance and monitoring system for limb complications throughout Africa, representing a total of 14 Tanzanian regions and involving over 4,000 individuals in the management and follow-up of patients.

Recently, Dr. Archibald has pursued an interest in affordable new foot care technologies that have the potential to identify diabetic peripheral neuropathy (DPN) in individuals very early. This technology may yield dramatic long-term public health impacts towards reducing incidence of diabetic foot ulcers and amputations across the African continent and other economically less-developed countries.

Diabetes care in Africa assumed a quality priority only recently. Therefore, much of the sustainable infrastructure towards reducing the disease has yet to be laid. But the focus on quality of care provided, that is, placing equal — if not greater emphasis on the patient rather than the disease, makes a significant impact in changing patient’s perception of their medical condition and their ability to deal with the untoward complications.