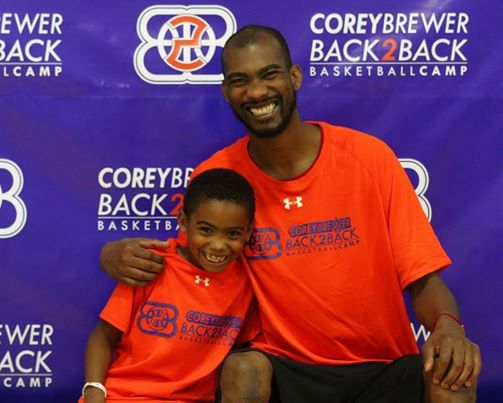 Former Gator great Corey Brewer was back in Gainesville to host his 6th Back 2 Back Youth Basketball Camp at Buchholz High School. This year’s camp brought in a record 90 participants, up 15 from the previous year. To date, the camp has raised more than $25,000 for the UF Diabetes Institute at UF Health Shands Hospital to support education and awareness programs. 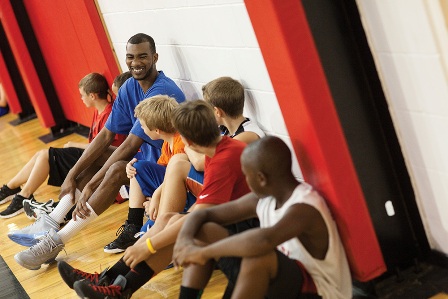 The Corey Brewer Foundation is focused on preventing diabetes and improving the lives of people who have been affected by the disease. Corey has been getting tested for this disease since he was a teenager. Both of his parents and the majority of his family members have either Type 1 or Type 2 diabetes.

Since joining the NBA, Corey has worked with schools in Tennessee, the Juvenile Diabetes Foundation in Minneapolis, UF Health Shands Hospital in Gainesville and with a number of other organizations to raise awareness. The Corey Brewer Foundation is in the process of expanding its reach to provide testing and education for at risk youth with unhealthy lifestyles.

Corey Brewer is an twelve year NBA star. Brewer was selected seventh overall in the 2007 NBA draft by the Minnesota Timberwolves, with whom he re-signed after stints in New York, Dallas and Denver. He now plays for the Houston Rockets. Originally from Portland, Tennessee, Corey attended college at the University of Florida, where he was part of two National Championship teams in 2006 and 2007.