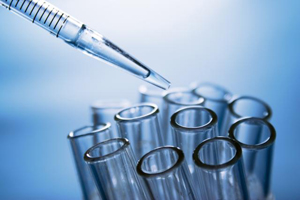 Diamyd Medical, a Swedish medical research company, announced that it will join research initiative of JDRF aimed at increasing the understanding of the natural progression of type 1 diabetes in order to transform and accelerate drug development for the disease. Diamyd Medical will contribute data from the control (placebo) arm of its European Phase III study with the diabetes vaccine Diamyd®. The data will be made available to the research community in an open access database together with similar data from other late stage studies in type 1 diabetes.

“Diamyd Medical’s contribution of high quality data to this project is of great importance and they are a model company in doing so,” says Professor Mark Atkinson, Ph.D., director, Diabetes Institute, University of Florida, and one of the founders of the initiative. “It will allow the research community to apply the principles of open science to decode this very complex disease.”

The project, funded by JDRF, aims to collect the C-peptide data over time from the control or placebo arms of several late stage recent-onset type 1 diabetes clinical trials conducted by industry and academia. The data will be made available through a portal developed by Sage Bionetworks, a Seattle-based not-for-profit research organization promoting open science. JDRF is funding this effort to stimulate research to understand the pathogenesis of human type 1 diabetes and to design more effective, smaller and faster clinical trials.

“All stakeholders in the field of type 1 diabetes will benefit from combining the dispersed individual pools of high quality clinical data that have been collected in clinical trials,” says Professor Craig Beam, Department of Biomedical Sciences, Western Michigan University Homer Stryker M.D. School of Medicine, Kalamazoo, USA. “Having access to such large and complex human datasets will allow the application of cutting-edge analytical methods to developing approaches to optimize the design of recent-onset type 1 diabetes clinical trials.”

The portal will become available in spring 2015.

About the diabetes vaccine Diamyd®

Type 1 diabetes is a devastating disease which requires daily treatment with insulin to sustain life. The importance of finding a cure should not be underestimated. Diamyd® is considered to be the world’s furthest developed Antigen Based Therapy (ABT) for treating the disease. Diamyd® has been used in clinical studies with more than 1,000 patients and has shown a good safety profile. In a European Phase III study Diamyd® showed good clinical effect in several subgroups, and a limited overall 16% efficacy (p=0.10) in preserving endogenous insulin secretion. To enhance the overall effect, combination treatments with Diamyd® and other approved agents are being pursued. Diamyd® is easy to administer in any clinical setting. The potential annual market is estimated to several billion dollars.

About Diamyd Medical
Diamyd Medical is dedicated to working toward a cure for type 1 diabetes and LADA. The Company’s projects include development of combination regimens with the GAD-based diabetes vaccine Diamyd® for arresting the destruction of insulin-producing beta cells. The Company exclusively licenses UCLA-rights to GAD65, the active ingredient in the vaccine, for which the last patent expires in 2032. Additionally, the Company exclusively licenses UCLA patents for using GABA for the treatment of diabetes and other inflammation-related conditions.