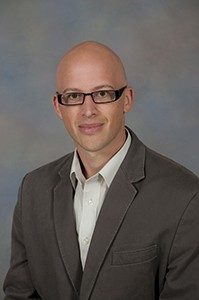 GAINESVILLE, FL– According to a new University of Florida study, the amount of time some people spend sitting could affect whether they develop Type 2 diabetes later in life.

Women who sat more than 16 hours during their waking day had the highest risk of developing diabetes. The researchers also found that the high risk of diabetes remained even if they otherwise exercised five days a week, 30 minutes per day.

“This would give you some evidence that your sitting is a risk factor for what’s going to happen in the future, similar to the way your cholesterol today will predict if you will get a heart attack tomorrow,” said Todd Manini, Ph.D., who led the study. The longer the women sat, the higher their risk for developing diabetes.

Their risk began increasing sharply when they sat between 12 and 15 hours per day. These women had about a 10 percent chance of developing diabetes compared to about 8 percent or less for women who sat for shorter periods of time. If the women sat more than 16 hours per day, the risk rose to about 13 percent.

But the risks really shot up if the woman was considered obese. Compared with normal–weight and overweight women, whose risk of diabetes increased only slightly if they sat for more than 16 hours, the risk of diabetes for obese women who did not exercise jumped from about 19 percent to 23 percent when they sat that long on a daily basis. Even if obese women reported exercising 150 minutes per week, their incidence of developing diabetes was still 13 percent, about 5 percent higher than women who exercised but sat fewer than 15 hours.